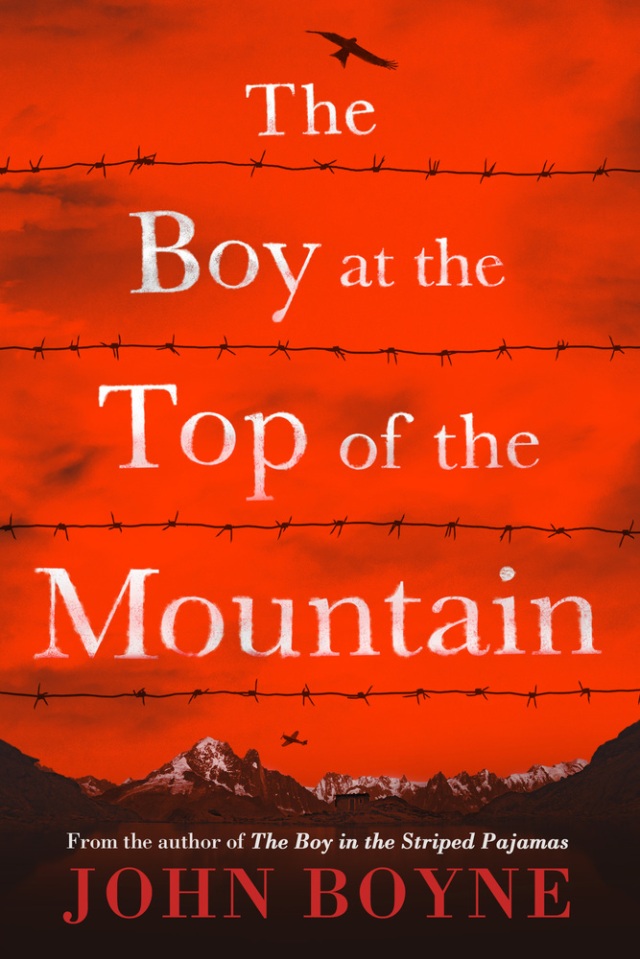 I know, this still isn’t the review of Louise’s book but I’m getting there! I decided to start reading ‘The Boy at the Top of the Mountain’ at the same time and just like when I read ‘Room’, I got carried away and couldn’t put it down. So here is my review:

John Boyne is the author of ‘The Boy in the Striped Pyjamas’ and if you haven’t read it then you’ve probably seen the film. I remember reading it at school and then watched the film at home with my Mom and oh my god, it makes me cry every single time. So when I saw ‘The Boy at the Top of the Mountain’ I thought I’d give it a shot since ‘The Boy in the Striped Pyjamas’ had been so good.

His latest novel follows French boy Pierrot who must leave his home in Paris to go and live in Germany with his Aunt Beatrix who is a servant in a wealthy household. But this is 1935 and the Second World War is fast approaching and this is no ordinary household: this is the Berghof, the home of Adolf Hitler. Pierrot is taken under Hitler’s wing and soon, he must decide where his loyalties lie.

I guess overall, this book isn’t anything particularly special to me but I am glad that I read it. Would I recommend it? If you liked The Boy in the Striped Pyjamas then I guess I would recommend it but otherwise, it wouldn’t be the worst thing ever if you gave it a miss.